This healthy apple crisp recipe is just divine, with the slight tartness of the apples and the crunchy, cinnamon-y goodness of the topping.  You will not believe that it is vegan, gluten-free, and low sugar! 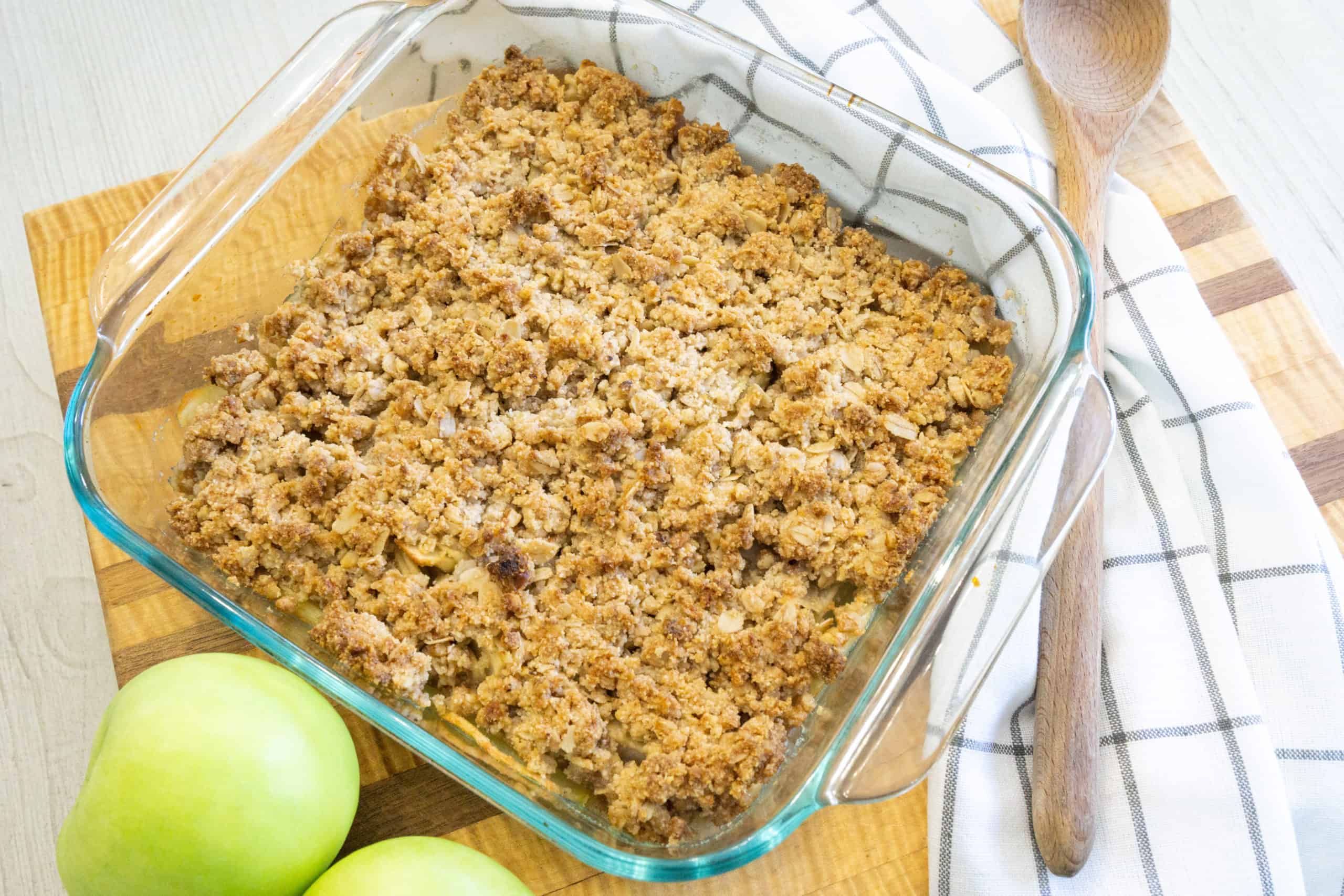 I have been working on an apple crisp/apple pie recipe for awhile now.  And I finally came up with one that has me seriously excited to share with you. 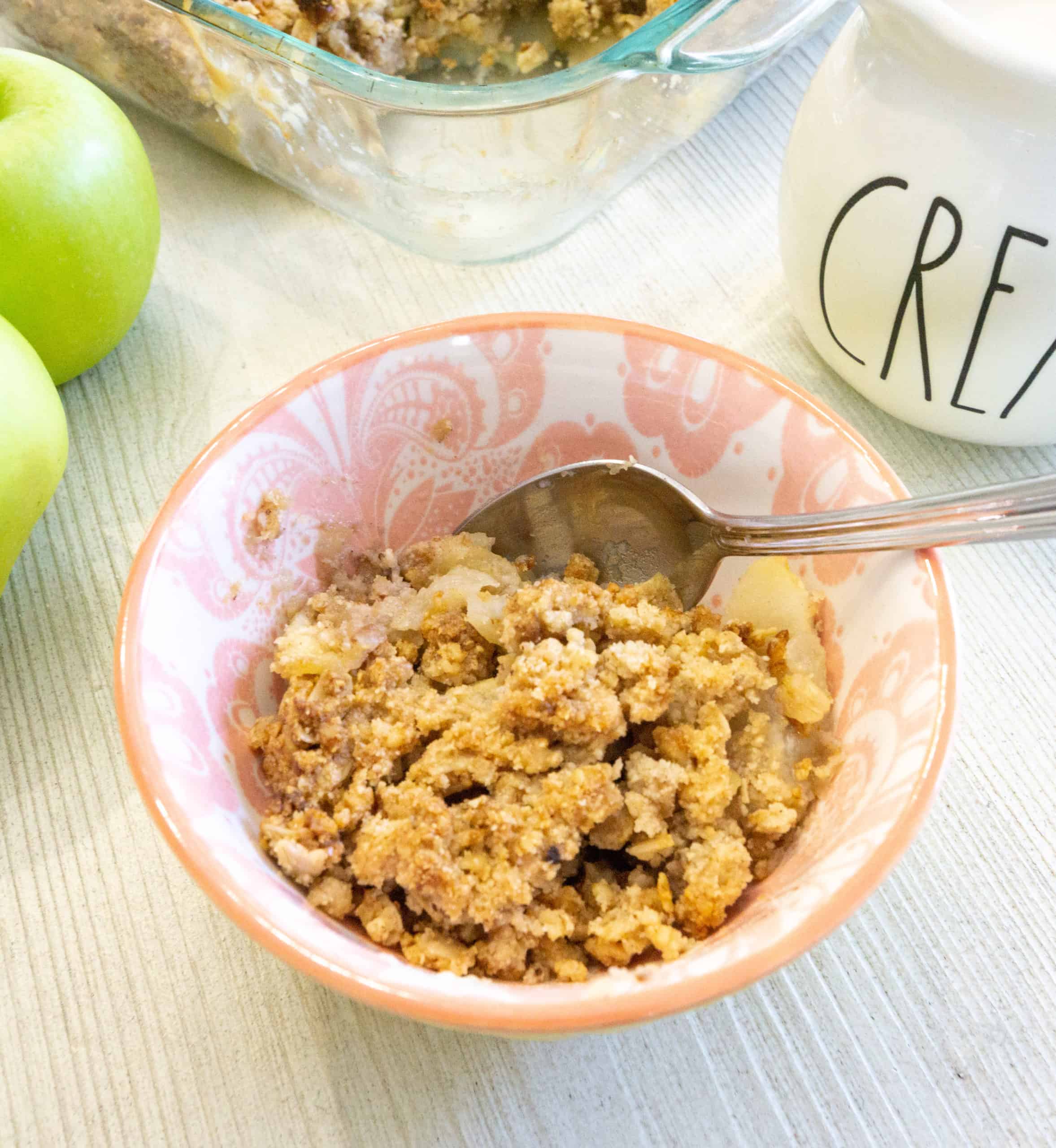 If you have been following my blog recently, you know that after I was diagnosed with cancer, I really overhauled my diet.  One of the big things that I have done is cut way back on sugar.  But as someone with a hard core sweet tooth, it has not been easy.  So, I have been having fun trying to come up with recipes that work within my new diet, yet still satisfy my sweet tooth.

When apples came into season in August, I started craving apple pie.  And that’s when I began testing recipes.  None of the variations that I tried were bad, per se, but they were certainly not share worthy.  Truthfully, I still haven’t come up with a suitable crust recipe.  That’s no problem, though, as you won’t even miss it with this recipe. 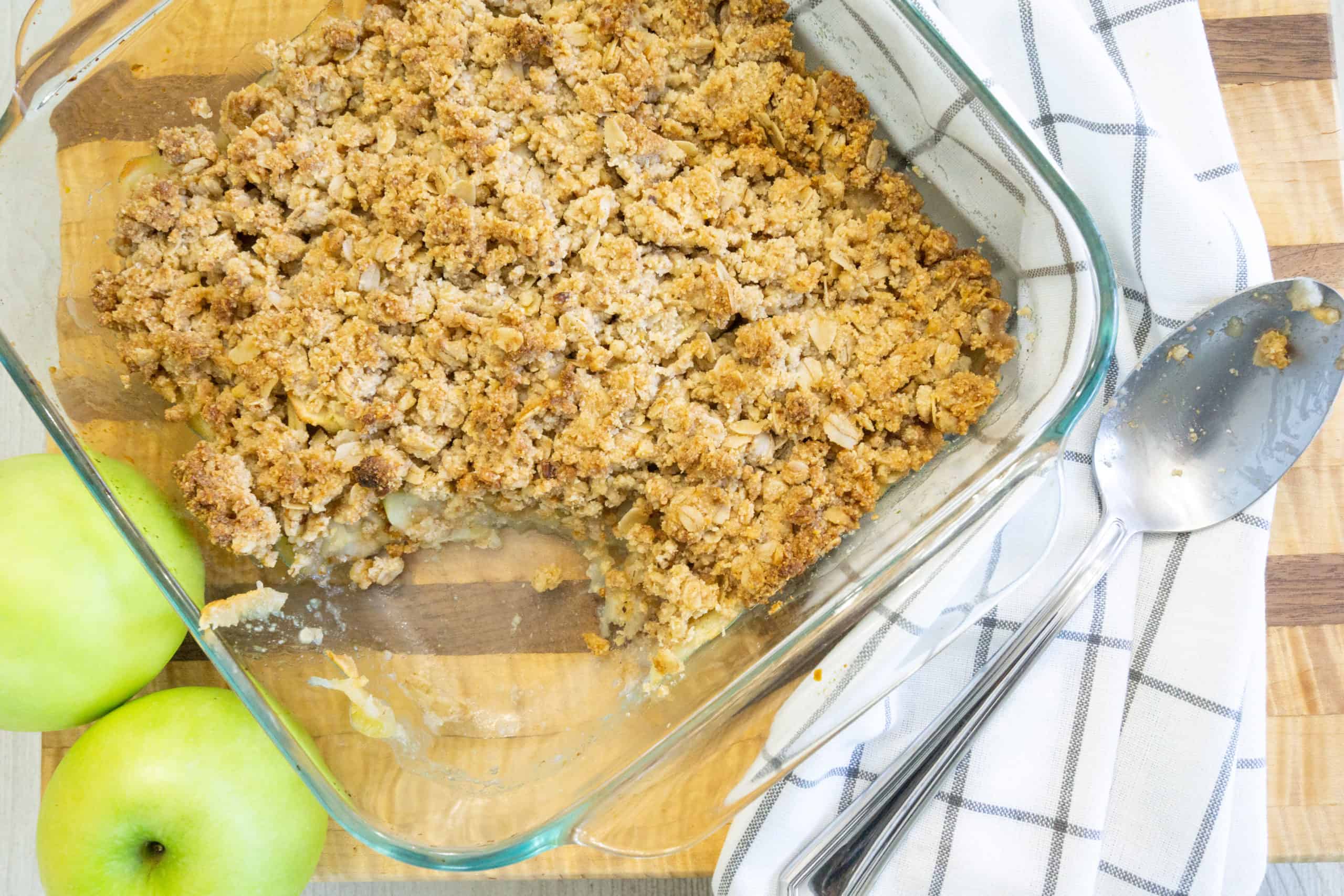 Let’s talk about some of the ingredients used in this recipe. 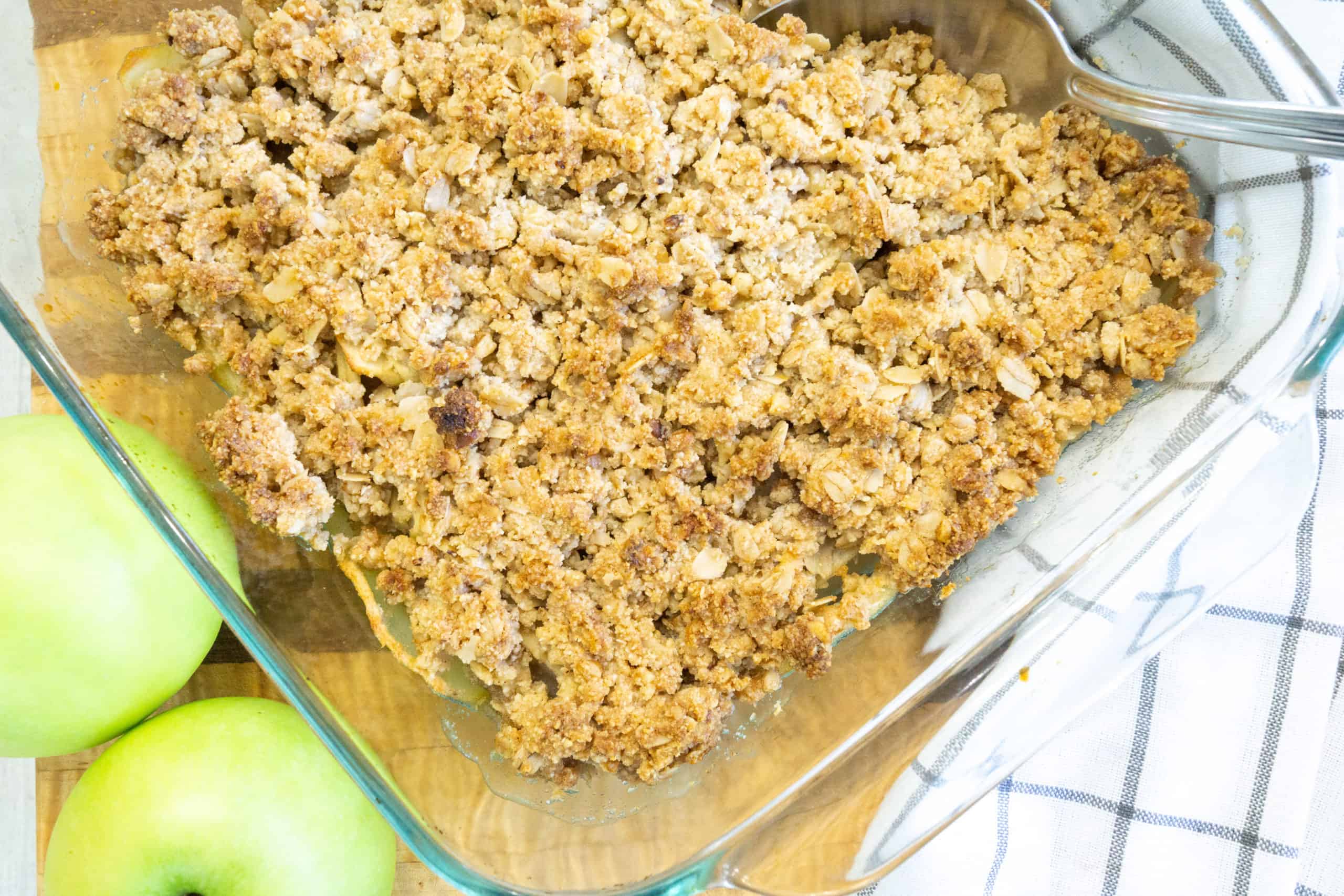 I recommend storing this apple crisp in the fridge.  It should keep for 4-5 days this way.  As for freezing, I haven’t tried it yet, but if you want to, I would suggest freezing it unbaked.  I think if you were to freeze after baking, it would lose its “crisp.”

As for serving, I like (and also recommend) to warm it up a bit in the microwave before serving.  It would be divine with some vanilla ice cream, if you are feeling indulgent.  I don’t really eat much ice cream anymore, so I like to drizzle a bit of homemade almond milk on it, which is also quite good. 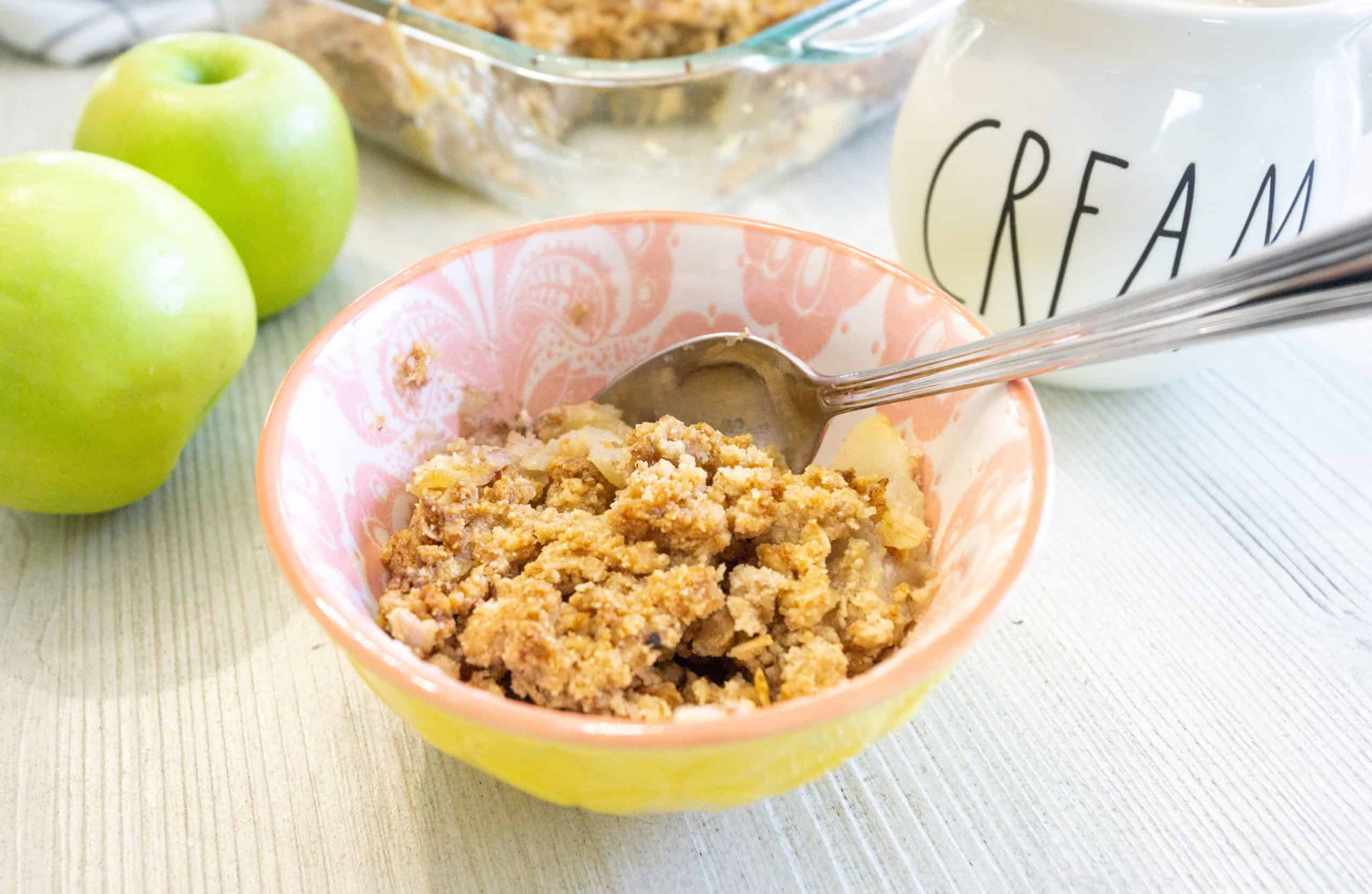 I hope you get a chance to make this soon, as it is really so good.  It would also make an excellent dessert for Thanksgiving, since it tastes indulgent but really isn’t.  Enjoy! 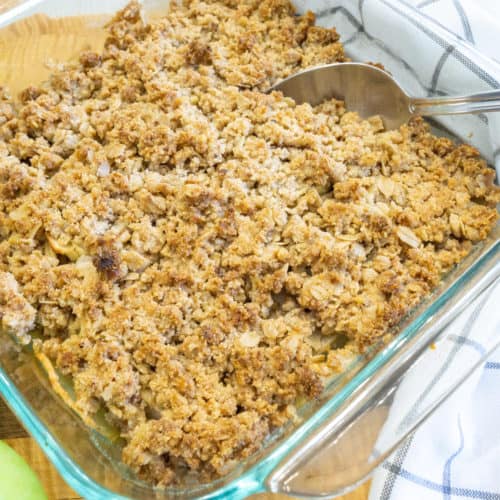 This healthy apple crisp recipe is just divine, with the slight tartness of the apples and the crunchy, cinnamon-y goodness of the topping.  You will not believe that it is vegan, gluten-free, and low sugar!
Print Recipe Pin Recipe
Prep Time 20 mins
Cook Time 30 mins
Total Time 50 mins
Course Dessert
Cuisine American
Servings 6 people

Keep an eye on this as it is in the oven.  If the top starts to brown too much, simply cover the entire dish with a piece of aluminum foil until it is finished baking.  This will prevent further browning. 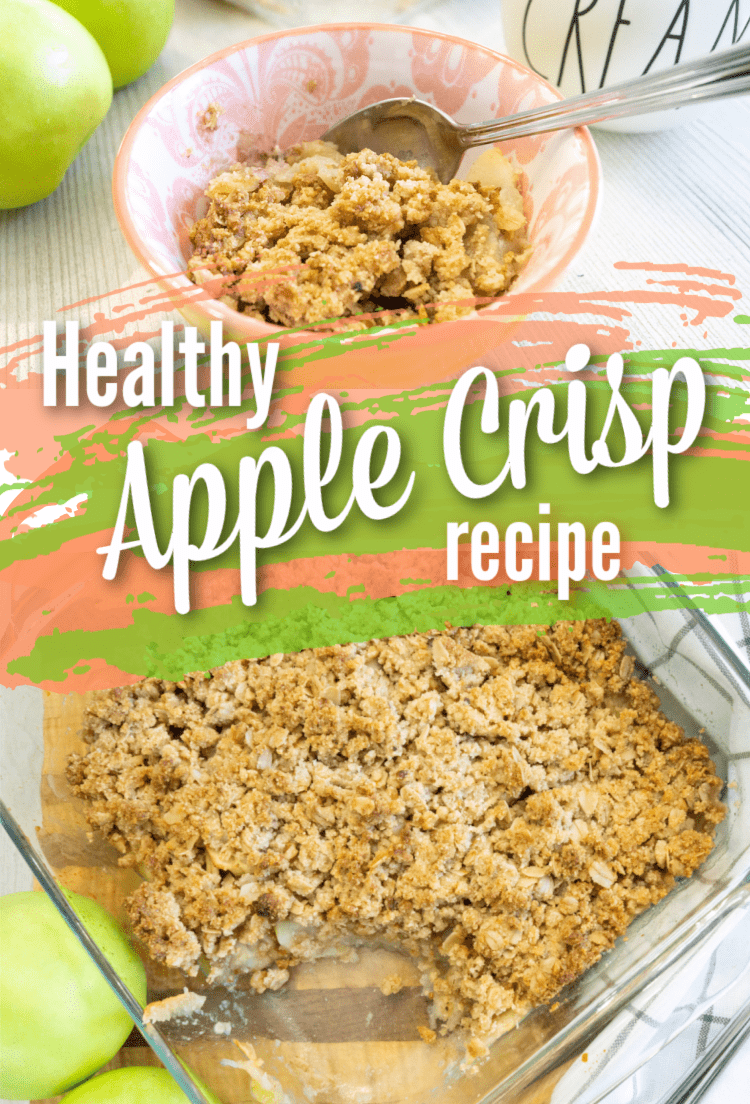