If you have been reading my blog for any amount of time, you know that I love a good room makeover.  And baby/kid rooms are some of the most fun rooms to redo!  So, when I found out I was pregnant with our second child, I immediately began brainstorming nursery ideas.  At one point, I had my nursery vision complete, and I was so excited about it.  The problem?  It was a girl nursery, and we found out shortly after that we were expecting a little boy.

So, there went that vision.  I had absolutely no idea where to even start with a boy’s nursery.  I’ve always been a bit untraditional, so I really wasn’t crazy about the typical blue or red for a boys room.  (My daughter’s nursery was actually blue.)  After mulling things over for awhile, I decided to simply tweak my original (feminine) color scheme, in order to make it work for a boy.  My girl nursery was going to be white with teal and coral accents.  So, for my boy, I decided to do neutrals – white, black, and gray – and keep teal as my accent color.

I love the way it turned out.  It’s fairly gender neutral, but definitely has some little boy touches.  I got most of the nursery finished before he arrived, but just put the finishing touches on it after the holidays.  And we moved him into his very own room a few weeks ago!

So, without further ado, here it is. 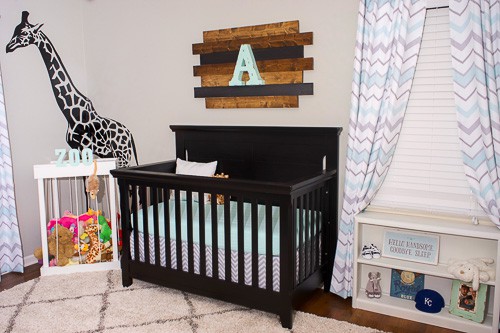 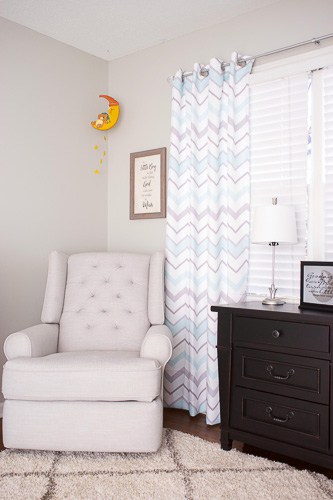 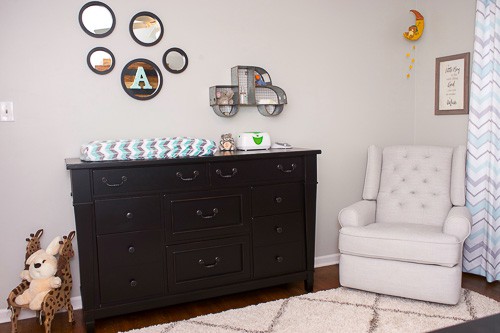 When we moved my daughter into her new bedroom this past spring, I loved how many sentimental items I was able to include in the design.  Since many of the things that have been passed down to me were my own as a child, they are mostly feminine.  So, I was worried that I wouldn’t have many special items in my son’s room.  Fortunately, there was no need to worry, and this room is chock full of sentimental decor. 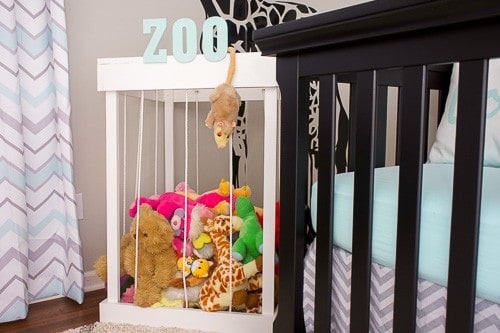 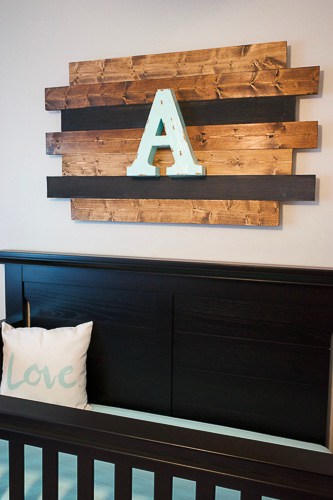 I actually made both the zoo and the wooden piece above his crib myself.  And the zoo is stuffed full of animals (no pun intended – ha!) that were mine as a child.  (Popples, anyone?  There’s also a Care Bear, a Puffalump, and the Tawny Scrawny Lion in there somewhere.) 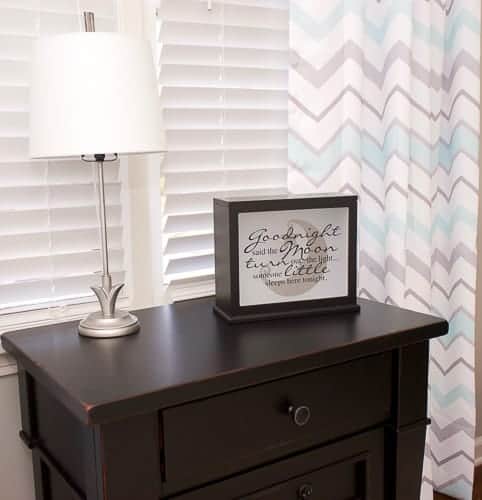 My mom gave me this nightlight when I was pregnant with my daughter.  I used it in her nursery until she moved into her new “big girl” room. 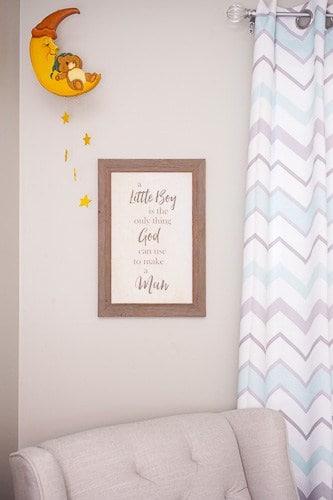 The moon and stars was made by my aunt and actually hung in my own nursery.  And another aunt gave me the wall hanging just this past Christmas.  It was absolutely perfect, as I hadn’t been able to find anything that I liked for that corner of the room. 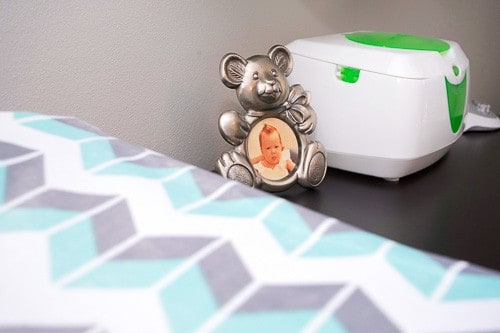 This is a picture of me as a baby, and the pewter frame (I believe) was also in my own nursery.  My husband is Asian, so his genes are quite dominant.  My daughter looks Asian and very much favors him.  (I could put her through college if I had a dollar for every adoption story I get when I’m out with her alone…)  My son, however, actually looks more like me!  Somehow he ended up with pretty fair skin, and very early pictures of the two of us are remarkably similar. 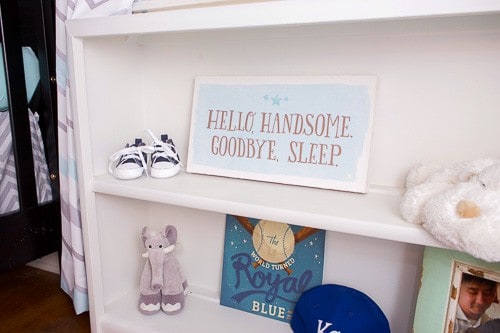 I’m sure someday this shelf will be filled with books, but for now, I love all of the special items it holds.  The shoes and baseball cap were gifts from my brother and his girlfriend.  The stuffed elephant used to be mine.  The white puppy was a gift we received in the hospital after he was born, and the photo is actually a photo of me, my husband, and my son still in the hospital.

My daughter picked out this stuffed giraffe for him.

And the giraffe chair next to the dresser, as well as the stuffed bunny in the chair, were both mine when I was younger. 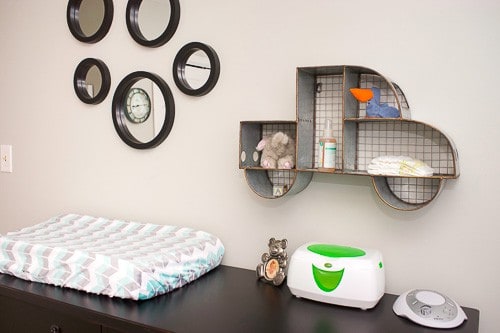 There’s nothing sentimental about the truck shelf, but I love it!  I found it on clearance, and it makes the perfect diaper organizer.  🙂 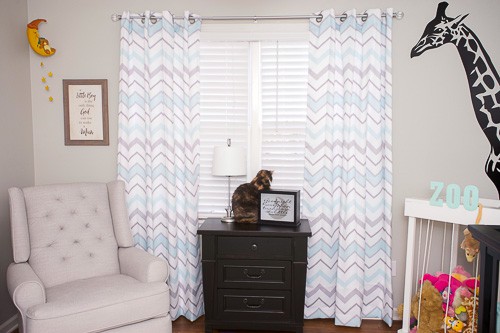 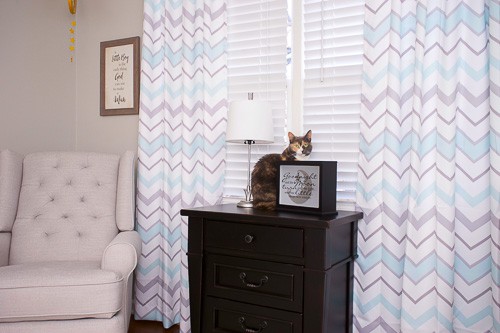 And, of course, none of this would be possible without at least one of my “helpers.”

Thanks for stopping by!