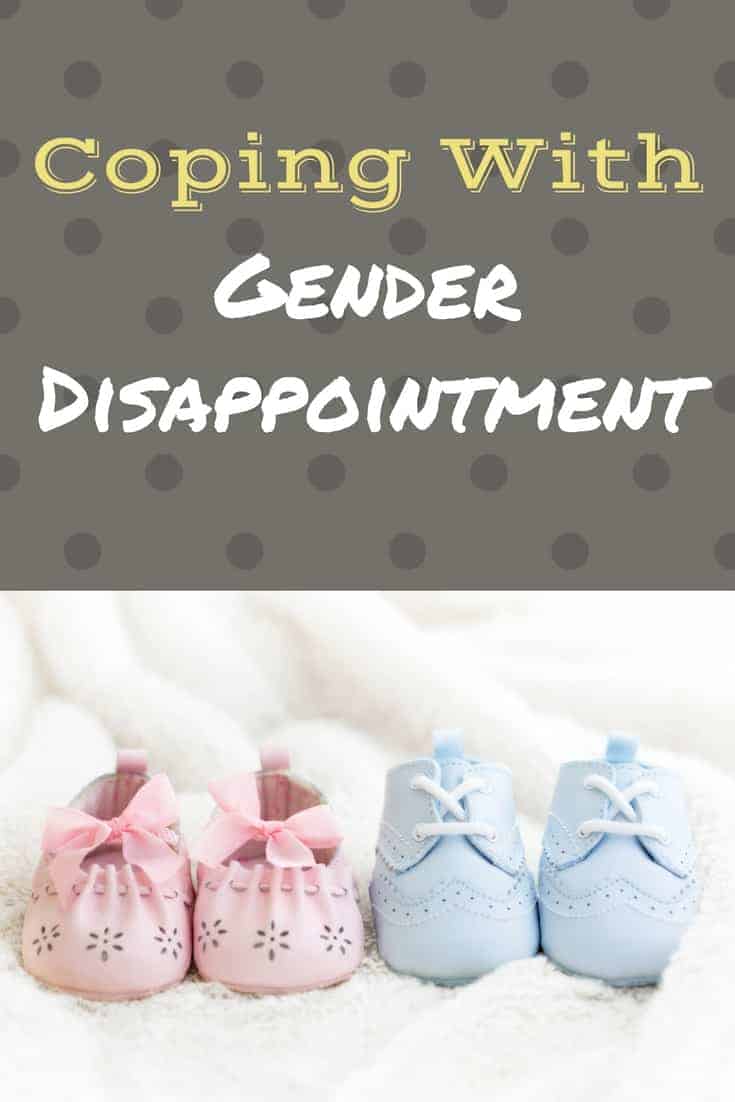 I’ve been sitting on this post for about two months now. I couldn’t decide whether to write and publish it or not, as it may be a somewhat controversial/sensitive topic. It is certainly a vulnerable post for me. Over the last couple of months, though, I have come to realize that I am far from the only person who has struggled with this, yet no one seems willing to talk about it. So, I wanted to put my story out there in case any one else could draw some comfort from it. At the moment, I am 25 weeks pregnant, and this is my experience with gender disappointment.

When I got pregnant with my first child 3 years ago, I desperately wanted a little girl. My husband was also hoping for a little girl.  After impatiently counting down the days and weeks, the big appointment had finally arrived.  At my 20 week scan, we were absolutely thrilled to find out that we were, in fact, going to have a little girl.

After having her, we knew that we wanted one more child to complete our family.  For the past two years, we have both been imagining adding another little girl.

When I found out I was pregnant this past winter, we were both excited and nervous.  As the big gender reveal drew closer, I was anxious, but nowhere near as anxious as I had been the first time around.  I assumed that I would be a bit disappointed if we found out it was a boy.  I also figured, though, that I would get over it quickly, since I already have the little girl I so desperately wanted.

During the ultrasound, with my husband and daughter in the room with me, the ultrasound tech confidently announced that we were going to be having a little boy.  She showed us the screen, and there was no mistaking what we were looking at.  According to her, we were about to become the “all-American family.” While I was able to hold my emotions during the appointment, the minute we hit the parking lot, I started crying.  I was absolutely devastated.  I cried off and on for the rest of the day, as well as the next day.

Truthfully, I was shocked by my own reaction.  I honestly didn’t expect to be quite so upset by the news.  I knew all along that I was hoping for another girl, but I didn’t realize that I felt so strongly about it this time around.

It really wasn’t what I was expecting.  Fear?!  We had planned for this, were excited for another baby.  And yes, there was some fear surrounding the idea of adding another member to the family, bringing a new baby into the world, and the chaos that will no doubt ensue.  But I wasn’t expecting a fear so strong that it would cause anxiety attacks over the gender.

Before we get to the fear part, though, let’s talk about another little word that I just mentioned – expecting, or even better, expectations.  Because expectations played a big role in my reaction.  My husband and I had narrowed our girl name choices down to two that we loved; I had already come up with a color scheme for a baby girl nursery and started to plan decor; and I couldn’t wait to pull all of my daughter’s clothes that I had saved out of the attic to reuse.  And in the blink of an eye, all of that was gone, and we had nothing to fill in the blank space – no name, no decor ideas, no clothes, no clue.

And that is where the fear settled.  It filled up the blank space that was now staring me in the face.  I don’t know the first thing about little boys.  I am a girly-girl through and through.  I love pink, and fashion, and accessories, and flowers, and sparkles.  I love blow drying my daughter’s hair and being able to play with it and style it.  I love the fact that she absolutely insists on having a bow in her hair at all times.  I love having pink shoes and princesses and stuffed animals strewn around the house in her wake.  I’m comfortable there, amongst all of the pink and femininity.

Most people will tell you that girls are much more difficult than boys when they hit the pre-teen/teenage years, and I believe it.  I really do.  I certainly was not the most pleasant person to be around during my teenage years.  The drama and attitude and emotions and hormones…  But at least I understand that.  It may not be easy, but I’ve been there.  I have some personal and intimate knowledge of the emotions running rampant during those difficult years.  I don’t, however, have any idea whatsoever of what it is like to go be a boy – to go through puberty, to feel the pressure that is placed on men today.  Sure, I learned about all of the physical changes that occur in high school biology, but that doesn’t replace personal experience.  So, how in the world am I going to navigate this new world?  How am I going to teach him all of these things that I don’t necessarily understand myself?

My daughter is very much a mommy’s girl at the moment, and I fear I won’t have that connection with a son.  How can I when I have no personal knowledge of what it’s like to be a boy?  I’m not a huge sports fan, and I don’t know much about race cars, or wrestling.  I don’t particularly care for crude humor, or making fart noises, or belching contests.  Will we be able to find ways to connect?  How will I help him deal with emotions that I know nothing about?  Though we have come a long way as a society over the past century, expectations for boys/men are still quite different than they are for women.  How will I teach him to deal with those expectations when it’s something I have never personally dealt with?  How in the world will I keep up with a little boy’s energy?  And not to mention, how do I take care of little boy parts?

I know that every child is different, and that I can’t place gender stereotypes on him before he has even arrived.  But still, this is a whole new world of parenting that I know nothing about.  It literally feels like I’m a brand new parent again with absolutely no clue as to what I’m doing.  I remember right after my daughter was born thinking, “I can’t believe these people are going to let me leave the hospital with this teeny-tiny helpless creature.  Do they not realize I have no idea what I’m doing here?!”  It’s that feeling all over again.  It strikes fear in my anxiety-prone heart and brings out insecurities that I didn’t even know existed.  I have had more than one person say to me, after finding out that we are expecting a boy this time around, “Oh.  Well, boys are definitely different than girls,” with a look of sympathy (or maybe understanding) in their eyes.

The worst part is, no one talks about this.  In those first couple of days after finding out, I could think of one person, literally one, who I had heard speak openly about experiencing gender disappointment.  That made the guilt over my feelings even worse.  Thinking that I was the only one who was horrible enough to feel this way.  Over the past two months, though, I have read countless forum posts where women, who are struggling with this very thing, have come looking for support because they, too, feel alone.

There is a lot of guilt associated with it and statements like “All that matters is that the baby is healthy,” and “You should just be thankful that you can get pregnant at all” are thrown into our faces if we so much as hint at anything other than sheer ecstasy.  But here’s the thing, it doesn’t mean that we don’t want the precious baby’s that we have on the way.  It doesn’t mean we won’t love them, or that we are not happy about their impending arrival.  It simply means that we have to create a new vision for our family.  And sometimes that’s hard.  Much like any dream that doesn’t come to fruition, it just takes a bit of time to create a new one.

At this point, I can truly say that I am over the initial disappointment.  Am I completely past the fear?  No.  But I believe strongly that this child was chosen for me by God himself, and that he is exactly what I, and my family, need.  We have chosen a name for him, and I have come up with a new vision for the nursery that I am very excited about.  I purchased the first couple of pieces of furniture this past week, and we are going to begin painting soon.  All of these things have helped me create and refine this new vision I now have of my family.  And I am both excited and very thankful for the future.

Personally, I think a lot of gender disappointment boils down to insecurity.  I want to be the best parent I can be to this little boy, yet I’m not confident in my ability to do that.  It’s going to require a lot of prayer and letting go on my part.  I’m going to have to step out of my comfort zone…a lot.  But that is where growth, and maturity, happens.  It’s a fundamental part of life, right?  Maybe this is exactly what I need to become the best mom I can be.

Honestly, I’m just ready for him to be here already.  Then, I can stop fretting about all of the what-if’s and how’s and just start living and loving and learning.  In the meantime, though, I’ll  be studying up on soccer, and fishing, and karate…